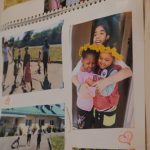 In the course of 8 years Mukachevo Temporary Accommodation Facility accepts foreigners-refugees. About 1500 persons visited this place. Now, there are 42 persons from 14 countries of the world. They are from Afghanistan, Iran, Palestine, Serbia. “Those persons get here who apply for refugee status or persons in need of subsidiary protection. They are accommodated here on approval of Migration service. First, they are settled for 6 months. If the issue is not solved as to them, they continue their residing here. If they challenge a reject, they also stay here.” – the deputy director of TAF Peter Rosola tells. – “If our residents have refugee status we make them be employed, children attend the school as well as kindergarten. The UNHCR pays the studies. As there is war in Ukraine now, so the refugees ask “the third country”. Thus, Turk musicians moved to Sweden, Chinese – to the USA.

For the rest we form maximally attractive conditions for life. We have established the Refugee Council. It advises what national food stuff shall be purchased.

“From the times of Maidan’s I support Ukrainian nation – officially and in the social networks” – Serbian poetess Samanta Ratz-Stoulkovich says. Her daughters (twins) – Gloriya and Vicktoriya play near her. Her husband is at work. We have settled in the Centre since December of the last year. Pro-Russian people found me and threatened to be killed. Most people in Serbia support Russian side. I stayed at home closed, fearing to go outside. I was looking for help from different authorities, no one could assist me. One Ukrainian embassy reacted to my request. It gave me money to leave the country. I often asked why I moved to Ukraine, not to Germany – as with Serbian passport it is possible to go everywhere in Europe. The children have to attend the school, our language is similar to Ukrainian. There are many Rusins in our country – the girls know Serbian and Ukrainian, thus, it is not difficult for them to study. – Samanta tells.

We are meeting Lebanese Khusem in the corridor. He lives with his wife Safa. Their daughter was born a month ago. He was Muslim, but he changed his religion. Du to this fact many problems appeared with my family. We could even be beaten in the street. We had to leave the country. I like to be in Mukachevo. I plan to open a restaurant of national cuisine here.

More than 10 refugees started their own business in Mukachevo. They invite the residents of the Centre as employees.