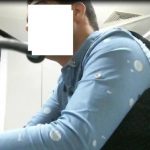 A complex of measures directed upon the counteraction to corruption displays among the staff is continued to be performed by the Border Department. Increase in the number of rejects as to illegal profit is a result of system and successive work. Thus, in the course of the last weekend about ten cases on reject from a bribe were registered. Inspector of the check point “Boryspil” flatly refused a bribe of $ 500. Undue profit was offered by a citizen of Iraq asking to make a positive decision on the border crossing. The staff of the National Police was informed on this point.

In general, since the beginning of the current year border guards recorded 570 cases, in which citizens tried to bribe officers in order to “solve” their problems or assist in their illegal activities at the border. Such proposals received categorical refuses and these citizens were transferred to the interacting units.