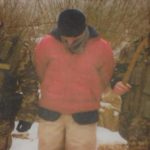 The citizen of Turkey was detained by the border guards of Chop Detachment in Transcarpathian region some metres before the state border. the violator was managed to detect by the help of local residents, who seeing a foreigner in border area coming out of the car and traveled towards the border. the servicemen of Border Guard service “Palad-Komarivtsi” detained the violator, when he attempted to overcome the barrage fence. 36-year-old citizen of Turkey reported that he as if did not planed to get to Slovakia beyond the check point, and arrived to Transcarpathia with a tourist aim. Upon drafting corresponding procedural documents, the foreigner was delivered to Chop Temporary Detention Centre. His further destiny will be determined by the court.