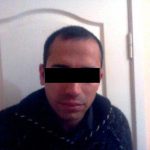 Border guards of BD “Bogdalove”, Mukachevo Department apprehended a citizen of Egypt. Receiving information about possible illegal cross of the border, the border guards immediatedly organized operative-searching actions in a result of which a man of Arabic appearance was detained in the suburb of the populated area Choma, Berehovo region. The foreigner could not explain the reason of his appearance in the are close to the border, as he did not understand neither English nor Ukrainian  languages. He was delivered to border department in order to conduct filtration measures, where law enforcers established that detainee was 26 years old and he was the citizen of Egypt. Also, it was clarified that the foreigner got to Ukraine in the beginning of March in unlawful way and in future he planned to improve his life in one of the countries of European Union crossing the state border illegally. Detained citizen was delivered to Temporary Detention Centre of Mukachevo Border Detachment. His further destiny and evaluation of his actions will be performed by the court.