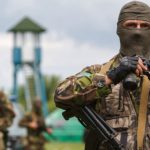 The journalist of ВВС Ukraine Vitaliy Chervonenko have decided to learn the most popular schemes at EU border, how much do illegal migrants pay to get to the European Union?

Hereafter, the author’s text is without any changes.

For this purpose, we started our trip to Transcarpathian region bordering with four countries of the European Union – Romania, Hungary, Slovakia and Poland.

The State Border Guard Service (SBGS) and the General Prosecutor’s Office provided Ukraine with the official data on violations, smuggling, illegal migration and corruption among the border guards. We also talked to the local border guards who told about the details of the life of the Ukrainian border on the EU.

Along the “green area” – to the EU

SBGS reported to the BBC Ukraine that the most the most common violation at the border with the European Union is the illegal crossing. During the first six months of the year 2017 there were 47 attempts fixed in Transcarpathian region by 95 citizens of other countries. These were mainly the citizens of Vietnam, Algeria, Morocco, Turkey, Sri Lanka, Bangladesh, Pakistan, Egypt and India.”From the experience it is possible to assume that the half of illegal migrants manage to reach that side,” – the border guard from Transcarpathia told BBC Ukraine anonymously. Illegal migrants go far from the check points to so-called “green area” – through the mountains and forests. The interlocutor points out two types of illegal immigration traffic – organized groups and single people. Single persons often come to Ukraine legally – as tourists or for study. And then they attempt to reach the EU on their own. Organized groups of illegal migrants are considered as more complex scheme. The main gateway to Ukraine for them is the eastern border on Russia and the Odessa seaport.

Who pays and what is the price?

The groups, as told to the BBC Ukraine, shall have an organizer. He collects money from everyone and provides delivery throughout all the way to the EU. “The most expensive for the entire service were the Chinese, who paid $40 000 for their transfer from China through Ukraine to Germany,” the interlocutor reminds. They were transported through Ukraine to Europe by two citizens of Japan and Canada. The transfer cost varies – from a few thousand to tens of thousands of dollars. For example, Pakistanis usually pay $ 10-15000. They come to Ukraine as tourists. Recently, the “Vietnamese Channel” has become more active. Before, the majority of illegal migrants went to Hungary, but this year the flow to this direction has decreased. Yet, last year it was easier to get asylum in Hungary for the illegal migrants, who managed to cross the border. And now in 95% of cases it returns them to the Ukrainian side due to Readmission Agreement.

Now people are trying to get deep into the EU being not linked to Ukraine in any way, for them not to be returned. A year ago, for a quite short period few groups could “penetrate” to the Hungary. Now it happened rarely. Recently, some work was added to the Slovakian side. On professional slang, “falling” means the following: if the group crossed the Ukrainian border, but they were captured there by Hungarians, Romanians or Slovaks. In general, the flow of illegal immigrants in Transcarpathia is redirected from Hungarian to the Slovak border.

How do they cross?

An attempt to cross the border for an illegal migrant  is just an administrative offense. A person will pay a fine or undergoes an administrative arrest. If she/he is legally in Ukraine, then she/he will be released. If illegally, then deportation takes place. Some students from Pakistan, as mentioned by the interlocutor, were detained during their attempt to cross the border for three times, and then were released. They had valid Ukrainian visas. Criminal liability is foreseen only for the organizers of the tranportation. Therefore, the most important thing for the border guards is to detain exactly them.

Local residents are often involved in illegal crossing. These smugglers know all the ways and paths having mainly two passports – Ukrainian and one of neighboring country. If there is a dangerous situation on the other side, then the “guide” flees. If he is caught – he shows a Hungarian or Romanian passport and returns to Ukraine easily. The organizers are well equipped. They have thermal imaging devices and communication tools. They track the border details and if they see a “gap”, the group immediately passes. It happens mostly at night. The interlocutor says that border guards can be involved in the scheme. “Somebody leaves aside when it’s necessary to pass the group. It is enough to whisper somebody whether there is a detail at a certain point,” he admits. When Hungary granted refugee status to almost everyone who crossed the border, another scheme was active. Illegal migrants were taken several hundred meters before the border, and then they simply “stormed” the barbed wire. The main thing was to have time to cross the border and ask for an asylum there: “This is a bloody affair. They overcome barbed wire being injured, covered with blood,” the source of the BBC Ukraine reported.