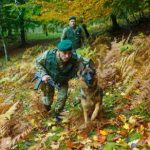 Special border operation “Border-2017” was conducted from April 11 till November 30 of the current year at the initiative and under the general coordination of State Border Guard Service of Ukraine. Except the SBGS, there were also territorial bodies of interacting structures participating in the operation, in particular, Security Service of Ukraine, National Police of Ukraine, Ukrainian National Guard, Migration Service of Ukraine, State Fiscal Service. In addition, Ukrainian Railways Station, Ukrainian Air Connection and radio-technical subdepartments of Air Forces of Ukraine also took part in it in the frames of their competition. It is important that the resources of Border Guard Departments of Poland, Slovakia, Hungary, Romania, Moldova and international organizations, such as FRONTEX, EU Mission EUBAM, INTERPOL, EUROPOL were also involved in these actions.

“Border-2017” aimed at reduction of unlawful activity level at the border, prejudiced reaction upon the predicted development of the situation. Namely, these were the counteraction to illegal migration, unlawful transportation of excisable goods, drugs, weapon and ammunition smuggling through the state border.

In a result of operation, in total 520 illegal migrants, 1.3 thousand violators of the state border and almost 930 persons violating the border regime were apprehended in Ukraine. Almost 1 thousand potential migrants were rejected to pass the state border of Ukraine.