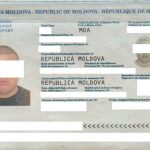 The border guards of Belgorod-Dniester Detachment detained a woman from Armenia and a citizen of Moldova, who illegally crossed the Ukrainian-Moldovan border.

The border guards of BD “Stepanivka” detained 24-year-old Armenian woman together with 31-year-old Moldovan that night, who bypassed the checkpoint “Rozalivka” and illegally crossed the border from Moldova to Ukraine, hoping that they wouldn’t be noticed. The woman explained to the border guards that she had not all necessary documents for legal border crossing and previously she was prosecuted for violation of the stay rules on the territory of Ukraine, and therefore decided in such a way to get to Odessa. And her companion – the citizen of Moldova, being worried for her because she was pregnant, decided to help her.

Both travelers were brought to administrative responsibility for illegal cross of the border and returned back to Moldova. Source: https://dpsu.gov.ua/ua/news/na-kordoni-z-moldovoyu-zatrimano-moldovanina-ta-virmenku-/