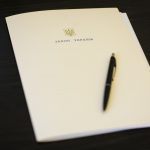 243 people’s deputies voted for the corresponding decision. The law supplements the criminal code of Ukraine with article 332-2 “Illegal cross of the state border of Ukraine”.

It will be noted that the Committee of the Supreme Council on issues of law enforcement activity legislative support unanimously supported and recommended to approve the draft Law in the second reading and as a whole as a law.

The bill is designed to promote the protection of the sovereignty and territorial integrity of Ukraine by criminalizing illegal cross of the state border by the representatives of the aggressor state.

Such acts will be punishable by up to three years of imprisonment.

This Law shall enter into force on the day following the date of its publication.

Also it will be noted that the administrative responsibility provided under Article 204-1 of the Administrative Code regarding the illegal cross of the state border of Ukraine by “ordinary” migrants or violators remains.