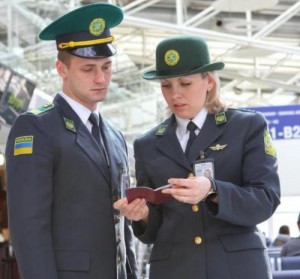 Border guards apprehended three citizens arrived from Bangkok. Two men and a woman presented the documents of the citizens of the Republic of Malta. However, border guards doubted in the validity of the documents. The documents were completely forged. Soon, the travelers explained that as if they were the citizens of Lebanon and planned to get to Belgium. So far, the persons will be sent by the return flight to the country of departure.

And, border guards of Kharkiv Detachment disclosed the false Ukrainian visa in the document of the citizen of Syria in the check point “Dnipropetrovsk-air”.  Besides, the man hided the document of the citizen of Bulgaria in his personal stuff. The Syrian was not admitted to cross the state border. A mark was put to ban the entrance of the Syrian for 3 years. The man arrived from Istanbul, thus he will be sent by the return flight to the country of departure.