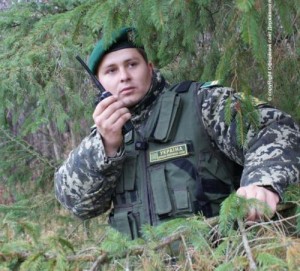 Four citizens of Syria were apprehended in Transcarpathia by the border guards of BS “Luzhanka” of Mukachevo Detachment and traffic policemen in the frames of actions undertaken as to illegal migration counteraction.

The car was stooped in the suburb of the village of Yanoshi, Beregovo region 10 km before the state border. There were 4 citizens of Syria inside the car, and the car was driven by the citizen of Ukraine. Detainees were delivered to border subdivision to issue procedural documents.

One more violator, citizen of Georgia, was apprehended nearby the border by the border guards of BS “Uzhgorod” of Chop Detachment. The citizen traveled towards the border avoiding the check point. However, the violator was noticed and stopped by the border detail some meters before the state border.