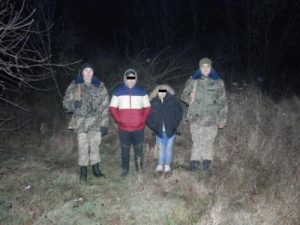 The real operation had to be performed by the border guards in the area of Mukachevo Detachment. Border guards received information about the movement of more than 5 persons towards the state border. Hungarian border guards were informed on this point. Already in 30 minutes Ukrainian Border Guard Reaction Group detained 2 citizens of Vietnam close to the border. Yet, in some minutes border guards informed about detention of 4 citizens of India in the same direction just after they had crossed the border.