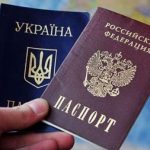 In accordance with the statement, only for the year 2016 the citizenship of Ukraine was granted to  16866 persons, of them – 809 foreigners and stateless persons upon their applications were accepted as Ukrainian citizens under the President’s decrees.

In particular, 131 persons were recognized by the President’s decree as the citizens of Ukraine, among them one is from Russian, 97 – Syria, 75 – stateless persons (the citizenship of countries was not mentioned).