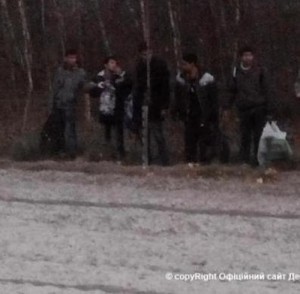 Border guards of Lviv Detachment detained the next “happiness seakers” trying to cross Ukrainian-Polish border in illegal way. The travelers were stopped in the area of Border Department “Rava Ruska”.

Border detail noticed unfamiliar persons moving towards the state border nearby the old railway station and stopped the trespassers. The detainees told that they were the citizens of Bangladesh, however they had just ID-cards of the citizens of Romania. Besides, they had some clothes and footwear to change, cell phones and medicines. The detainees explained that they have made their way to EU countries aiming at employment.

So far, the violators are delivered to the border subdivision to establish the circumstances of the violation and prepare administrative and procedural documents. Decision on their responsibility before the law will be defined by the court.