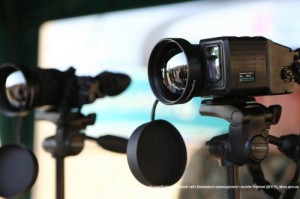 Two illegal migrants were detected by the border guards of BS “Goronglab” Mukachevo Detachment in Transcarpathia. The border guards noticed unknown persons with the help of the mobile thermal imager. The men were stopped already in some minutes, moving towards the state border. As it was established after their detention, both men had no any documents. Also, according to their words, they were the citizens of Georgia. So far, detainees are delivered to border subdivision for processing documents on administrative violation.

Two more violators intending to cross the state border illegally from Moldova to Ukraine were apprehended by the border guards of BS “Stepanivka”, Belgorod-Dniprovskyi Detachment in Odessa. Border detail of the local check point “Rozalivka” noticed unknown persons far away and informed the border patrol on this point. The operative group got and stopped two men 30 m before the state border, between Moldavian village and Ukrainian one. The circumstance of planned cross of the border beyond the check point by the citizens of Georgia and Moldova is under the establishment.