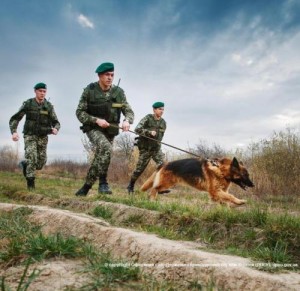 Lately, border guards of Chop Detachment detained two violators in the frames of conducted action on counteraction to illegal migration. Task force with the service dog detained the violators 800 m before the Ukrainian-Slovakian border. The detainees reported that they were the citizens of Iran, however, no any documents could be presented. Also, the “travelers” mentioned that they made their way to Slovakia and from there they planned to get to the countries of European Union. Besides, the border guards established that the detainees had already intended to get to EU before. First, they were apprehended in the end of this summer by the officers of BS “Tysa” for the attempt to cross the border on Hungary illegally.

The violators were delivered to the subdivision. Their destiny will be defined by the court.