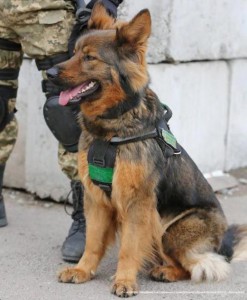 State Border Guard Service of Ukraine, being a law enforcement body of special designation since 2003, pays a great attention to issues on fight against the organized criminality at the state border. According to the determined authorities by the effective legislation, the subdivision of Border Guard Department in cooperation with other competent bodies constantly perform the complex of actions in the sphere of counteraction to trans-border criminality, conduct reconnaissance, informational and analytical, operative and searching activity, take part in the events directed upon the fight against the organized delinquency and resist illegal migration in the interest of state border protection provision. It is worth to mark that only in the year 2015 the operational subdivisions of State Border Guard Service disclosed 23 channels of illegal migration and established the complicity of 68 persons in the unlawful activity.

Besides, there were 8 channels of illegal migration liquidated in a result of conducted coordinated actions in cooperation with other law enforcement agents, conducted in Transcarpathian, Kharkiv, Vinnytsya and Odessa regions (5 channels on transportation of citizens of Afghanistan and 3 – citizens of Syria). The organizers of unlawful activity were apprehended, of them there were 12 citizens of Ukraine and 3 from Syria, who directly formed and carried out the transportation of the groups of illegal migrants to Transcarapathia for further transfer to the countries of European Union. So far, the pretrial investigation is performed in the frames of 33 criminal proceedings as to the Article 332 of Crime Code of Ukraine (illegal transportation of persons through the state border of Ukraine).

Also, since the beginning of the year there were 6 citizens of Ukraine and 2 citizens of Poland detained for organization of 5 channels of human traffic in Zhytomyr, Kyiv, Volyn and Kherrson regions.