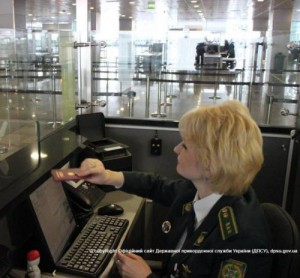 Border guards in the international check point of air connection “Odessa” detected a person with forged passport. During the check in for the flight “Istanbul-Odessa” one of the passengers presented the passport of the citizen of Hungary. However, border control inspector of Odessa Detachment noticed immediatedly that the passport was false. Later on, law enforcement agents found the real passport of the citizen of Syria. It was learned soon that by means of forged document the prseudo-Hungarian inteneded to get tothe countries of European Union without any obstacles.

The false document was confiscated by the border guards and protocol on administrative violation was prepared. Besides, in the course of the day the staff of SBGS in the check points apprehended 4 foreigners, who presented their documents contained forged signs of the border signs. The violaters from Azerbaijan, Moldova and Gerogia intended to cross the state border in the check points “Gornostaiivka”, “Platonov” and “Boryspil”. The detainees were passed to the MOI officers.