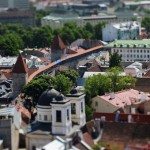 There were 225 asylum applications in Estonia in 2015 (in 2014 – 145), 95 citizens of Ukraine were out of this number. The citizens of Iraq and Syria applied 15 requests, what makes a little less than 13% of total number of applications. According to the official data of Eurostat Static Agency more than 1.25 million citizens from the third countries, namely, Syrians, Afghanis and Iraqis applied for asylum in the countries of European Union for the year 2015.  Last year Estonia was almost on the last place in the list of EU countries. The least number only was give by Croatia, where 140 persons achieved asylum. The greatest number was fixed in Germany, Hungary and Sweden – correspondingly 441,8 ths., 174.4 ths. And 156.1 ths. applications.