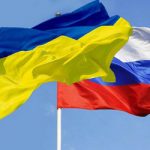 The president of RF Vladimir Putin signed the Law about residence permit granting in Russia as to the simplified procedure to refugees from Ukraine and other countries. According to this document the possibility for foreign citizen and his family members, arriving to RF territory in mass and emergency order and being granted the refugee status within the territory or becoming the participants of the Program on rendering assistance for voluntary countrymen’s resettlement in RF, to get a residence permit will be performed by simplified procedure

The Law will be applied for persons forcedly leaving the territory of Ukraine. According to the words of deputy chairman of Federal Migration Service of Russia Ekaternina Egorova, residence permit allows people to get the living accommodations, register by the place of stay and receive mortgage credits. The law comes into force upon expiration of 90 days since its official publication. The Bill was adopted on April 22, and agreed by the Council of federation on April 27.