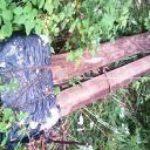 In a result of operative cooperation the staff of State Border Guard Service and law enforcement agents of Poland, Romania and Hungary succeeded to prevent a series of unlawful actions at the state border. Thus, in the course of the area monitoring under the responsibility of BS “Luzhanka”, Mukachevo Department, the signs of illegal border crossing were discovered at the both sides of the border. As a result, the law enforcement agents detained 5 citizens of Afghanistan intending to get to EU countries in illegal way.

Also, due to the coordinated work of Ukrainian, Romanian and Polish border guards it was managed to detain persons involved in unlawful activities. Thus, border detail of BS “Korytnytsya”, Lviv Detachment close to the border line detected three persons seeing police officers resorted to flee towards the border. Polish colleagues were immediately informed about this fact aiming to prevent illegal activity. The violators did not react on request to stop, so the border guards had to make a warning shoot. However, this did not stop the unknown persons. During the subsequent search operations, one of the violators was apprehended in Ukraine and in the adjacent side.