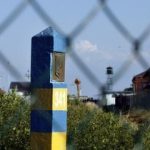 Police officers Tolna region, Hungary 6 detained a citizen of Ukraine on highway M-, suspecting him in smuggling human beings, who were in his van in the number of 33 persons without documents. Driver-smuggler was discovered in one of the parking lots near the road by the National Tax and Customs Service (NAV) Region Tolna. They informed the police about the incident. There were 25 men and 8 boys among the detainees. They introduced themselves as citizens of Pakistan, Bangladesh and Afghanistan. All of them applied for refugee status. Violators were taken to the Police Department Szekszárd, where they were given food and water. Then illegal migrants were passed to the Migration and Citizenship Service. A decision was made to apply previous detention to 55-year-old bus driver.