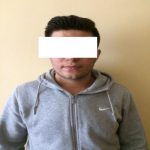 Unknown person making his way beyond the check point in the direction of Poland was apprehended by the border guards of Lviv Detachment. The violator was noticed by the border detail “Rava-Ruska” some hundreds meters before the border. During the check of identifying documents the detainee presented ID-car of Bulgarian citizen. The man did not have documents conforming his legality on the territory of Ukraine. Detained citizen was delivered to Border Guard Department aiming to perform filtration-verification measures. During in-depth check of ID-card it was established that it contained the signs of complete forgery. Further on, it was learned that this persons was the citizen of Turkey, 1992 year of birth, arrived to Ukraine in established order. However, after crossing the state border he destroyed his passport of Turkish citizen. He bought the forgery during his stay in Moldova. Aiming to perform identification, the citizen was detained for 3 days. Protocol on administrative infringement was drawn up as to the detainee, which is stipulated by Part 1 Article 204-1 of Administrative Infringement Code of Ukraine (Violation or attempt to violate the state border).