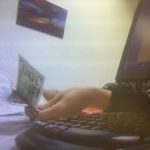 The border guards of the separate checkpoint “Kyiv” did not let a Vietnam citizen to enter Ukraine. The foreign woman arrived from Istanbul to Boryspil Airport. During the border control, she could not indicate the purpose of her trip to the country; thus, the staff of SBGSU refused her to enter the country. Instead, the woman tried to bribe the border guards and offered them $ 500 for her to cross the state border. The border guards refused to accept it and informed the National Police about detected signs of the criminal offense under Art. 369 of the Criminal Code of Ukraine (Offer, promise or provision of unlawful benefit to the official). Currently, the citizen of Vietnam is forbidden to enter Ukraine for three years and is returned by a back flight to Turkey.