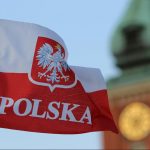 Currently, there is about one million Ukrainians work in Poland, however, only 300 ths persons are registered in the Pension System. People are sent from Ukraine as if on business trips. As soon as they receive a work permit there, they are discharged in Ukraine and are not insured at the place of work. A person paying no any insurance premium he/she does not have any record of service. If returning to Ukraine he/she does not have right for pension in neither country. Due to the labor migration process Ukraine faces a problem of experts’ lack. If this tendency continues we will have a complete staff shortage, even unqualified. 7 million citizens of Ukraine are involved in seasonal labor migration, in addition to that 3,2 mln work constantly abroad.

Before, it was reported that three fourth of Ukrainians working in Poland have jobs associated with physical work, and only 1% of Ukrainians in Poland posses the executive clerk positions.

Visa-free regime does not promote increase of labor migration. As it concerns tourist or business trips.

“The truth is people before their migration for work are unable to go abroad to learn about working conditions. However, they still would have left. The decision then would be less valid and with big risks”, – said the head of the Migration Research Sector of the Institute of Demography and Social studies, Alex Pozniak, writes “Business capital”.

According to his words, the number of Ukrainian migrants has increased in Poland, because it has created good conditions for employment.

“Those who previously traveled to Russia, have shifted to Poland. At the same time, a significant part of migrants looks for work in the richer countries. Thus, Poland compared with the Czech Republic has lower wages. In Germany there is generally a significant difference. Almost like we have with Poland” – said the expert.

He added that at the end of 2016 – beginning of 2017, the Polish scientists coalculated 760 thousand Ukrainian workers. However, this number is constantly growing.