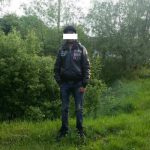 Two foreigners were apprehended at night by the border guards of Mukachevo Detachment nearby the border on Hungary. The military men of BD “Kosyno” detained unknown person without documents 300 meters before the state border. He reported to be the citizen of Ethiopia aiming to get to one of the countries of European Union.

One more traveler traveling to Ukrainian-Hungarian border was detained by the border guards of BD “Luzhanka”. He was apprehended when attempting to overcome the barrage fence. He had Armenian national passport. The person was delivered to the border department for drawing up administrative document and performing filtration measures. His further destiny will be defined by the court.