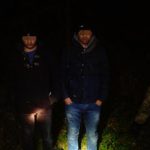 Two citizens of Iraq attempted to cross the state border in illegal way in order to get to the neighboring Poland. Their plans failed due to the inspector of Border Guard service, who noticing the violators informed immediately the staff on duty of BD “Nyzhankovychi”. Border detail arrived at once – the travelers were detained 250 m before the border line. Protocol was drawn up as to the violators in accordance with the Part 2 Article 204-1 of AICU.

One more illegal migrant was detained by the border guards of BD “Krakovets”. Information about unknown person was provided by the local resident. The reaction group revealed the foreigner in the distance of 1.5 km from the state border line. Detainee was the citizen of Kyrgyzstan.

Currently, all three detainees are in the Temporary detention Facility of Mostytskyi detachment.