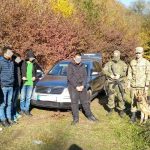 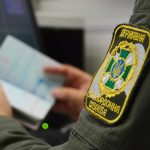 During the documents verification of the tourists from the bus, one of the passengers presented the travel document of the Italian citizen for passport control. However, the inspector had some doubts about the authenticity of their documents. It was established that the Italian passport was completely fake. The foreigner in this way tried get through Ukraine to one of the EU countries. The traveler confessed to have the citizenship of Ghana.

The offender was detained and taken to the Lviv Border Detachment for clarification of the circumstances in order to initiate an administrative offence under article 204-1 of the Administrative Infringement Code of Ukraine  “Illegal cross or attempt to cross illegally the state border of Ukraine”.