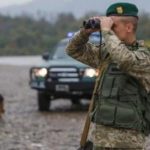 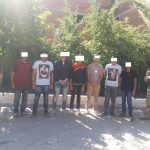 The group of illegal migrants, this time from India and Pakistan, was detained by the border guards of Kharkiv Detachment together assisted by the staff of Operative department of the Eastern Regional Directorate nearby the border on Russia.

The law enforcers received information about a possible violation of the state border in the direction of the settlement Okhrymivka. Finding unknown persons, who moved from Russia to enter Ukraine, the border detail immediately detained the group of seven persons. There were 2 Indians and 5 citizens of Pakistan.

According to the words of the travelers they were trying to enter the territory of Ukraine in order to reach the EU.

Currently, the verification activities continue and the materials on administrative offences are prepared. 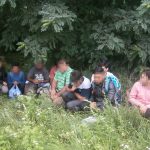 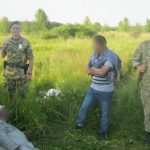 Sate border guard service of Ukraine continues counteracting the organized crime at the border. In order to prevent violations, all directions of the border are reinforced with reserves from the stocks of the detachments and regional departments, activity of operative and searching subdivisions is activated, cooperation with National Police and other law enforcers is arranged. Thus, processing received information about possible smuggling of the group of illegal migrants the border guards of Summy Detachment detained three trespassers. These were Pakistani citizens and two undocumented persons of Asian appearance being detained the border detail in the area of the international check point. Currently, the filtration actions are performed. The appropriate law enforcement agencies are informed on the case. The border guards do a complex of actions to identify the circle of persons involved in illegal transportation of persons through the state border of Ukraine.

Press-Service of State Border guard Service of Ukraine in Transcarpathian region reported about detention of nine illegal migrants. Border guards of Mukachevo Detachment detained seven Afghanis without document being hidden for night in one of the land-reclamation channels. The trespassers explained that they were the citizens of Afghanistan and made their way to Germany. Besides, the law enforcement agents detained two Pakistanis also intending to get to EU.